On Sunday, all the fans came out to party at our New England Patriots Tailgate at MetLife Stadium! The Pats faced the NY Jets in an AFC face-off. The crowd showed up early and stayed till just before kick-off. Fans enjoyed burgers, hotdogs, chili dogs, sausage, peppers, and onions. The London NFL game was streaming on our TV, and the music was non-stop on our new sound system. We even took song requests toward the end, which got fans dancing! Best of all, Patriots Nation finished the game with a win against the Jets! We appreciate our fans choosing us for their tailgate experience. Leave the grill at home and the cooking to us!

Here are a few things to know about MetLife Stadium, especially for those who have never watched a football game there. After half-time, alcohol is no longer available for purchase. Fans should download their game tickets to their Apple Wallet or Android Passbook before entering the stadium. The wi-fi is not strong, and it’s very difficult to access Ticketmaster to load your tickets. Did you know you can bring an unopened bottle of water inside the stadium with you as well? A new feature MetLife is setting off fireworks at 12noon for games with a 1 PM kickoff. This signals fans to start entering the stadium to avoid long lines. We like to walk around at the tailgate and inform guests of this information. Away Game Tailgate has its fans covered! 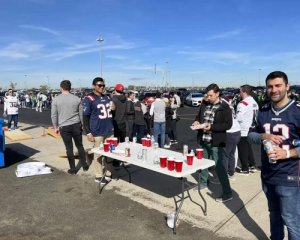 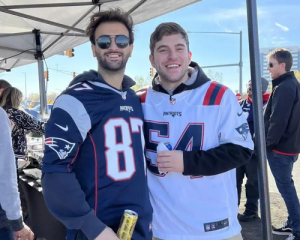 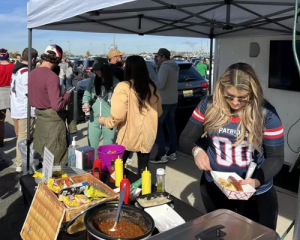 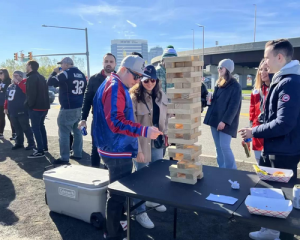