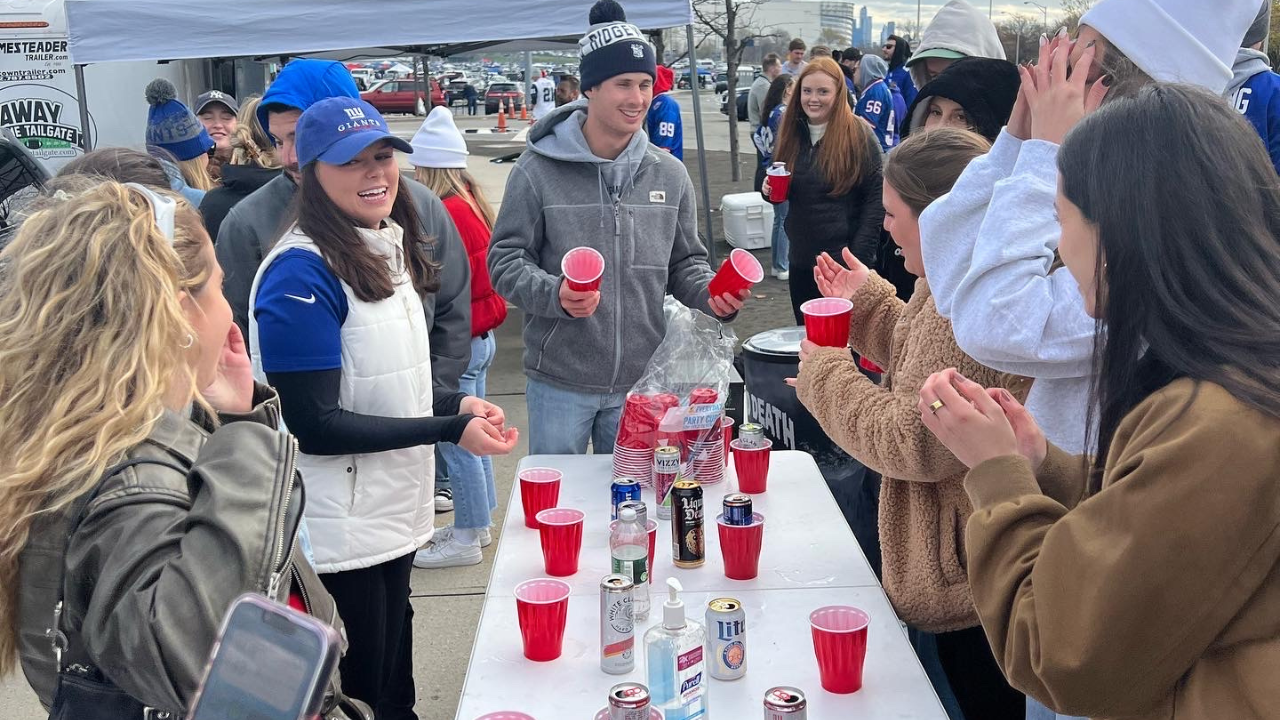 Thank You For A Great MetLife Stadium Tailgating Season!

The folks at Away Game Tailgate would like to extend a heartfelt thank you to all of the fans who joined us for the MetLife Stadium Tailgating Season. We are so grateful for your support and the opportunity to enhance your game day experience. If you don’t already know, the concept behind our tailgates is to [...] 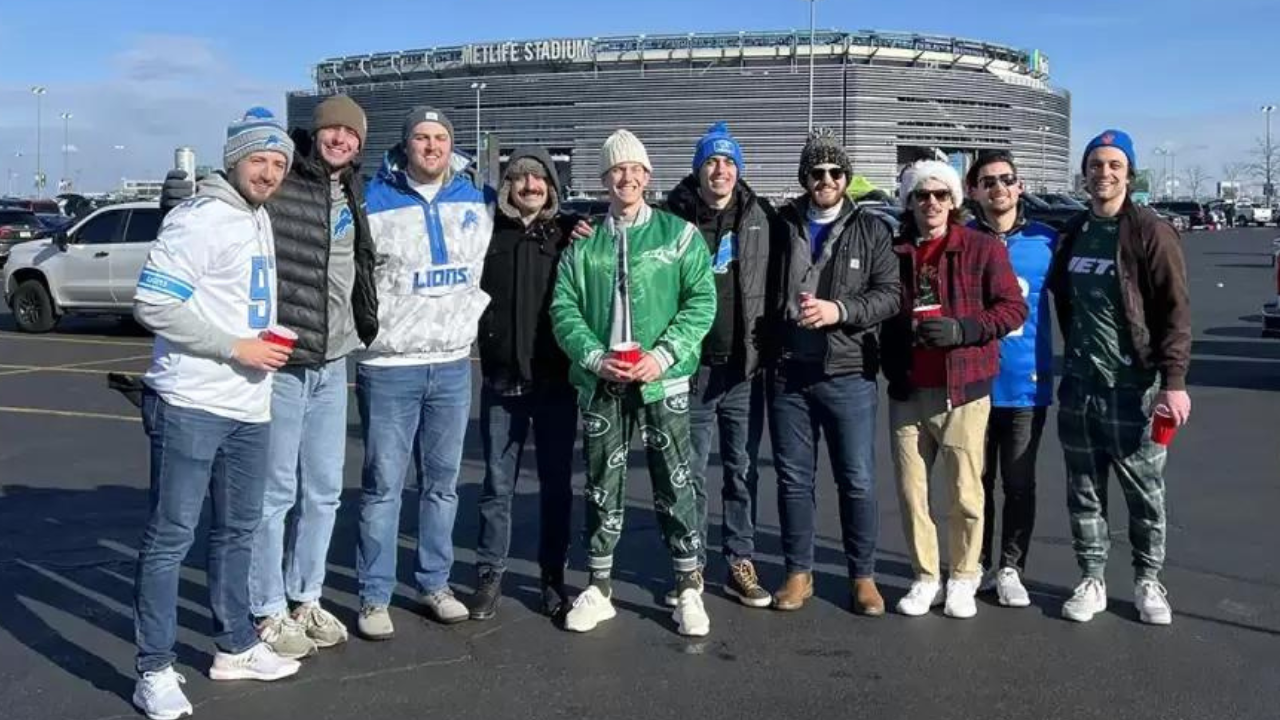 Lions fans returned to the stadium for our Detroit Lions MetLife Stadium Tailgate. This time the Lions played the New York Jets. Fans enjoyed watching the FIFA world cup on T.V., played tailgate games, and fulfilled their appetites with hamburgers, hotdogs, sausage, peppers, and onions. If you did not tailgate with us this past season, [...] 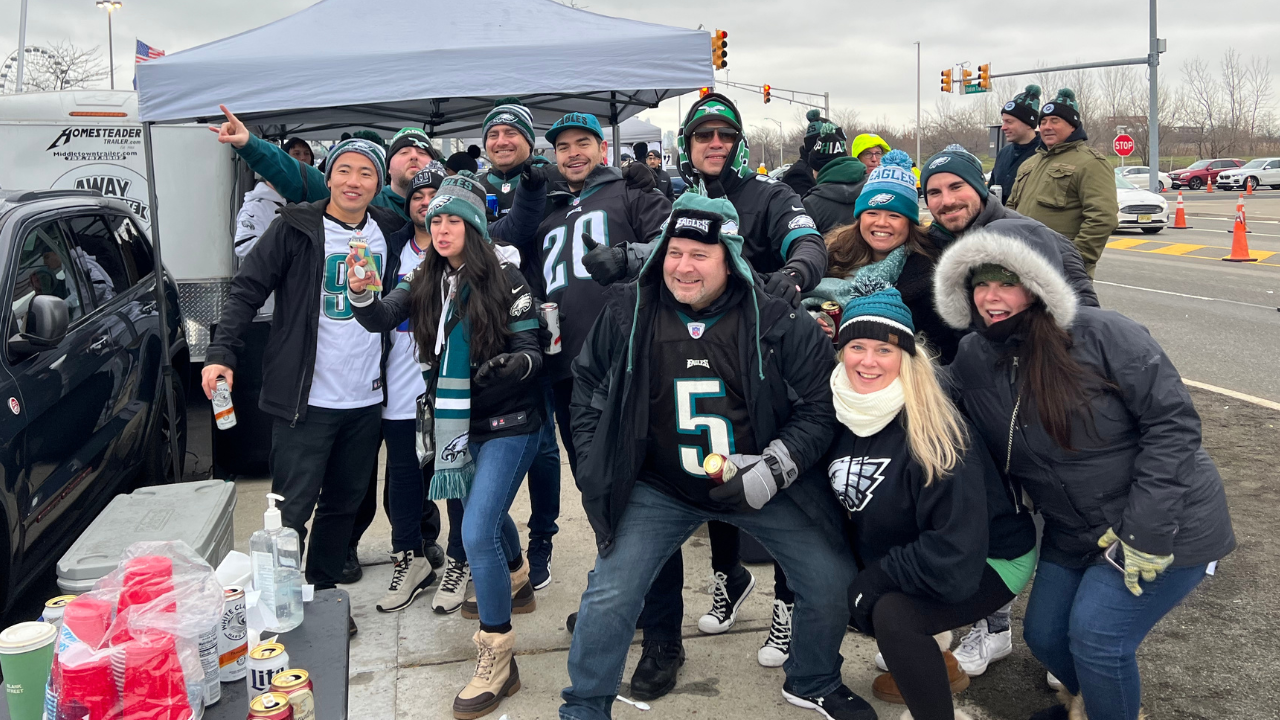 We want to thank fans for coming out to our Philadelphia Eagles MetLife Stadium Tailgate. It was truly amazing to see many Eagles fans supporting the team, even on the road. We had a few Giants fans as well. Even though these are rival teams, everyone got along nicely! All teams are welcome to Away [...] 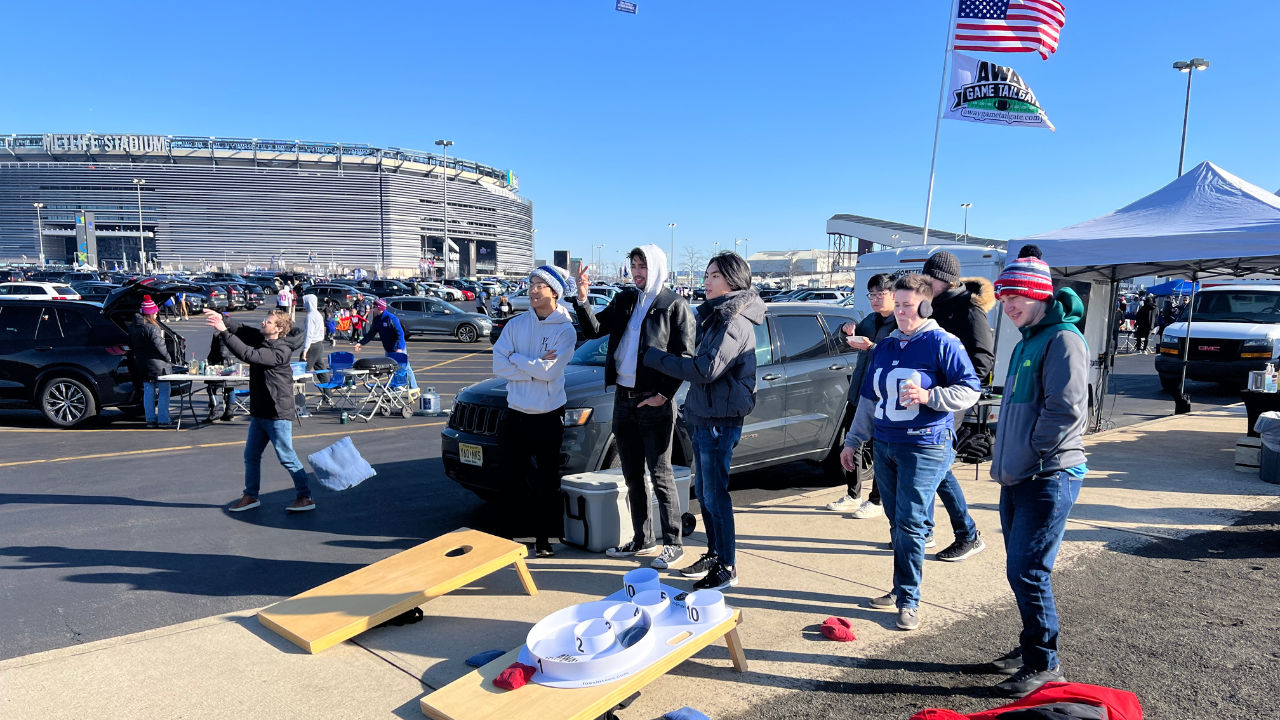 For our Washington Commanders MetLife Stadium Tailgate, we had a VIP group. They reserved three tents and had private coolers, tables, and chairs. Fans enjoyed tailgate games like Jumbo Jenga and enjoyed our menu of hamburgers, hotdogs, sausage, peppers, and onions. Fans got pumped up to music before the game. Did you know you can [...] We had a great group for our Detroit Lions MetLife Stadium Tailgate. Fans came dressed to impress and stay warm! It was a very windy day, but that did not stop Lions fans from having fun. We had our standard food menu; burgers, hotdogs, sausage, peppers and onions, and chili. The beer was flowing (somehow, [...] Our Houston Texans MetLife Stadium Tailgate had more blue and red jerseys than expected. But it does not matter because we welcome all fans to our tailgates! The wind and rain did not stop guests from having a great time. Everyone played cornhole and jumbo Jenga and danced to the music. Fans hooked their phones [...] Fans had a blast at our Buffalo Bills MetLife Stadium Tailgate. Bills Mafia partied till the end and enjoyed burgers, hotdogs, and our specialty buffalo wings. It was good to see some returning faces from last year’s Bills tailgate. We kept the wild tradition going with a dedicated fan breaking a folding table. It was [...] A big thank you to everyone who signed up, the demand for this game has been impressive. On Friday we did have to close out registration as we reached our capacity.  Please email us to be put on a wait list if we are able to add additional tailgators:  info @ awaygametailgate.com. We are looking [...] On Sunday, all the fans came out to party at our New England Patriots Tailgate at MetLife Stadium! The Pats faced the NY Jets in an AFC face-off. The crowd showed up early and stayed till just before kick-off. Fans enjoyed burgers, hotdogs, chili dogs, sausage, peppers, and onions. The London NFL game was streaming [...]